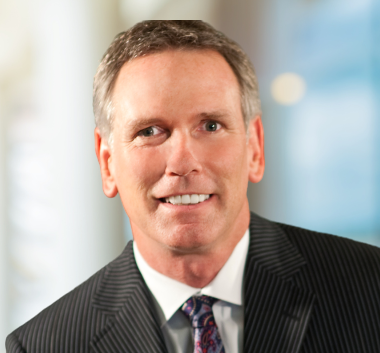 Since becoming CEO in January 2015, Drawbaugh has presided over key growth initiatives that are delivering impressive results, including a strategic affiliation with Varsity Healthcare Partners—a leading healthcare private equity group—in 2019 and a partnership with Aspen Valley Hospital in 2020, which led to the December 2020 opening of The Steadman Clinic, Aspen. Drawbaugh is currently overseeing additional expansions of TSC in an ambulatory surgery center (ASC) in Dillon, Colorado (opening November 2021) and a clinic, ASC, and SPRI laboratory in Basalt, Colorado (opening March 2022). The Dillon and Basalt expansions include state-of-the-art ambulatory surgery centers, complementing cutting-edge medical office space and  SPRI, a regenerative medicine laboratory that will conduct research and enroll patients into SPRI’s federally funded clinical trials from the National Institutes of Health (NIH) and Department of Defense (DoD). These expansions secure TSC and SPRI as the premier provider of sports medicine care and research in western Colorado, and it continues to be a destination health center for patients from all over the United States and abroad.

Building upon more than two decades of pioneering sports medicine innovation and research, Drawbaugh presided over the TSC flagship in Vail expansion into a new, state-of-the-art Sports Medicine Clinic. SPRI also moved into a new, cutting-edge Research Center comprised of a Regenerative and Translational Medicine Research Lab, Surgical Skills Lab, Biomechanical Lab, and Biomotion Lab that partners with internationally recognized scientists and research institutions. By establishing this new Research Center, SPRI is exponentially expanding the capabilities of its research programs to create valuable and life-changing clinical innovations in sports medicine. With a legacy of philanthropic funding, SPRI has expanded to include support from major federal agencies—the NIH and DoD—a key initiative from Drawbaugh. These agencies are funding five, multi-year clinical trials and involve elite physicians from TSC and leading scientists from SPRI. Under Drawbaugh’s leadership, TSC launched two new business service lines—ProofPoint Biologics and Durable Medical Equipment—and transitioned its Frisco, Colorado clinic into a brand-new, state-of-the-art facility at the Basecamp Center in 2018.

As CEO of TSC and SPRI, Drawbaugh strategically expanded the organization’s partnership with Vail Health, as the two groundbreaking medical facilities entered into a $43 million, 10-year research partnership to continue to advance the organization’s global prominence in sports and orthopaedic medicine through investments in research capabilities and new scientific research facilities.

Drawbaugh is a proven leader and innovator in healthcare information technology with over 30 years of experience in the areas of information and biomedical technologies. Drawbaugh joined TSC and SPRI from the University of Pittsburgh Medical Center, where he held the position of Chief Information Officer and other positions for 31 years. He earned a bachelor’s degree in biomedical and electrical engineering technology from Temple University and an MBA from Duquesne University.

Using his entrepreneurial know-how, Drawbaugh has cultivated an outstanding track record of building lasting, revenue-generating partnerships. He has served on many boards, including the Oracle Advisory Board, IBM Advisory Board, and Verizon Wireless Advisory Board.

Honors to Drawbaugh’s credit include: