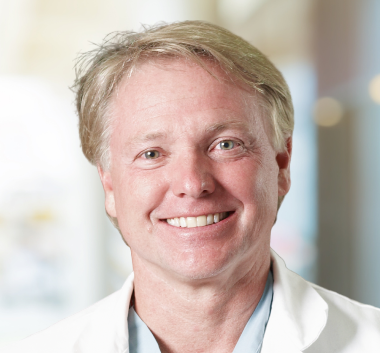 Dr. Marc J. Philippon is known as one of the world’s leading orthopaedic surgeons. Dr. Philippon joined The Steadman Clinic in 2005 from the University of Pittsburgh Medical Center where he served as Director of Sports Medicine/Hip Disorders, Director of Sports Medicine/Hip Disorders Fellowship. He also was the Director of the University of Pittsburgh Medical Center’s Golf Medicine Program. Previously, he served as Chief of Orthopaedic Surgery at Holy Cross Hospital in Fort Lauderdale, Florida.

Dr. Philippon is recognized by his peers in US News and World report being among the top 1% in the nation in his specialty.

Dr. Philippon is internationally known for performing joint preservation techniques utilizing arthroscopic hip surgery to treat painful joint injury in high-level athletes who constantly use powerful hip rotation. He has treated close to 1000 Professional and Olympic athletes successfully with many of them returning to high performance; winning Olympic Medals and setting new NFL, NHL, and MLB records, and winning PGA Tournaments. He is a consultant to the NHLPA and the Royal Spanish Tennis Federation (Real Federación Española de Tenis) and also to many Professional and Olympic organizations.

Dr. Philippon is also a Trustee with the US Olympic and Paralympic Foundation and the US Ski and Snowboard Team Foundation; having treated many athletes from that organization. He also is a frequently invited speaker at National/International Sports Medicine and Orthopaedic meetings and has authored many peer-reviewed scientific articles. He has performed surgery in 15 different countries and has designed many instruments to improve surgical techniques in hip surgery.

Dr. Philippon initially came to the United States as student-athlete playing soccer and tennis at the NCAA level on an athletic scholarship. He earned his medical degree with an academic scholarship from McMaster University Medical School in Hamilton, Ontario, Canada in 1990, and completed his Orthopaedic Surgery residency at the University of Miami, Jackson Memorial Hospital in 1995.

In 2012, he was presented an Achievement Award from the American Academy of Orthopedic Surgeons in recognition of his outstanding contributions to the profession of Orthopaedic Surgery.

Dr. Philippon lives in Colorado with his wife and three children. He enjoys spending time with his family and participating in sports such as cycling, skiing, ice hockey, swimming and golfing.

In addition to his role at The Steadman Clinic, Dr. Philippon serves as a Chief Medical Officer for Orthopedic Care Partners.